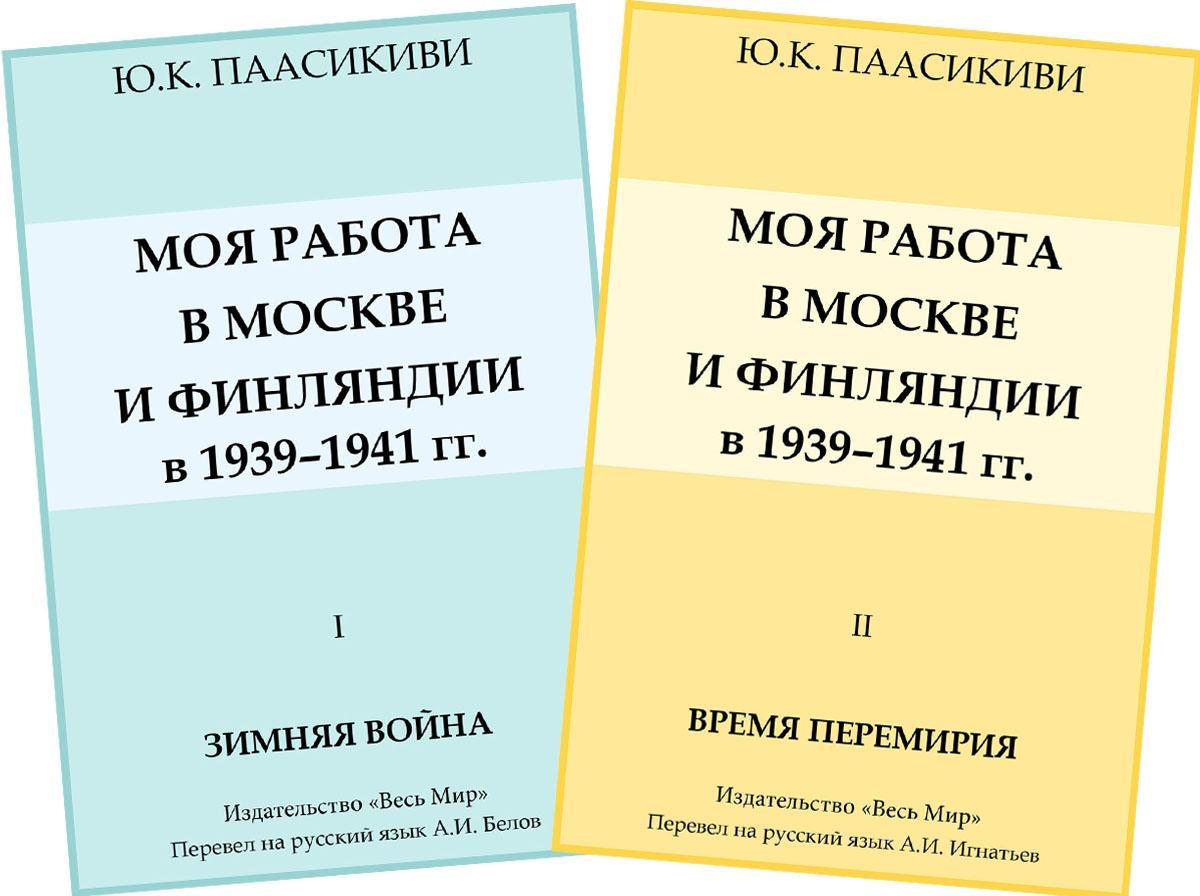 State Counsellor J. K. Paasikivi served as Finland’s envoy in Moscow during the interim peace 1940–1941. Prior to this – in autumn 1939 – he had also participated in the talks held with the Soviet Union in Moscow preceding the Winter War.

Mr. Paasikivi described his work and observations during this period in his book Toimintani Moskovassa ja Suomessa 1939–1941 (the book is available in Finnish here: Part I & Part II). The book was published in Finnish in 1958 (WSOY) and in Swedish in the same year, entitled President J. K. Paasikivis minnen 1939–1941 (Söderström).  The German translation Meine Moskauer Mission 1939–1941 was published in 1966 (Holsten Verlag). The book is unfortunately not available in English.

The book has not been previously translated into Russian. The idea of a Russian translation emerged in 2020 when the 150th anniversary of President J.K. Paasikivi’s birth. The idea came from Speaker of the Finnish Parliament Mr. Matti Vanhanen – then Chairman of the Paasikivi Society – and from the Finnish Ambassadors in Moscow, Mr. Mikko Hautala and Mr. Antti Helanterä. Practical advice on the translation project was provided by Mr. Taneli Dobrowolski, Press Counsellor and Head of Public Diplomacy Unit at the Finnish Embassy in Moscow.

The Russian translation is published by Ves Mir Publishers (www.vesmirbooks.ru) and
Mr. Oleg Zimarin, Director and Editor-in-Chief. The book is translated by Messrs. A.I. Belov (Part I) and A.I. Ignatjiev (Part II).

The publisher has generously granted Paasikivi Society the right to publish the Russian edition on this Paasikivi portal. All rights of the translation are held by the publisher.

Paasikivi Society would like to express their warmest thanks to Ves Mir Publishers, the translators of the book and all those who contributed to the translation project. This rarity of a book is a valuable addition to the Paasikivi portal and we hope that it offers an interesting and authentic perspective into one of the most significant periods in Finland’s recent history.